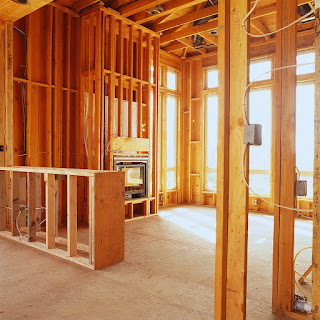 Some call it "project creep," the more cynical call it "padding the bill." Regardless of your point of view many remodel projects end up costing more than we thought they would at the beginning. The reasons for this are many, but many times the reason is additional work that was added to the bill because the timing was right.

I'm in the middle of a big bathroom remodel at the moment. Beautiful fixtures, a large custom shower, and a LOT of tile work. While the plumber was doing the rough-ins for the shower he called me and asked me to come to the jobsite. There he showed me a section of copper pipe, about 30cm long. Grabbing both ends he started to bend the pipe in half, but rather than bend like it should have, the copper snapped into several pieces.
The original plumbing it turned out was done with a very low grade of copper tubing that, over time, had become brittle. Hooking up brand new fixtures to pipes like this would be possible of course. But responsible? In a situation like this I feel a responsibility to tell the client what we've found, and what the best solution is ... in this case, to re-plumb the entire bathroom.
I'm amazed at how often, when faced with this situation, I'm accused of trying to pad the bill. I could just as easily say nothing and hook up to the old pipes, and then pray nothing happens. But doing the work with the walls already open, and the plumber there, made much more sense than waiting for the pipes to fail, and then have to open up the walls which would at that time be covered in tile. Expensive tile.
Fortunately, in this situation the client saw the benefit of doing the work, and because we caught it at an opportune time, I was able to do it for a much more reasonable rate than if it were to be done later.
When faced with this situation, I advise my clients to look at it from a long-term (quality driven)point of view, rather than a short-term (budget driven) perspective. Especially if the work in question is going to have to be performed at some point anyway, doing it then and there can prove to be very cost effective. If however the work was something that wasn't even on the radar, and isn't necessary to the integrity of the remodel, chances are it can wait.
The quality is remembered long after the price is forgotten —Sir Henry Royce
Posted by Arne Salvesen at 11:59 AM